Three weeks ago I got a call from Troy, that he was planning a surprise proposal for his significant other, and that he needed a photographer to document the event. We had exactly one week to pull together the whole event, make sure I knew all the “pretty little lies” so Robert doesn’t get a hint of what actually is going on, arrange the necessary props and so on.

Because I always want to get to know my clients before anything else, we decided to FaceTime the following Monday – and I must say, it was “click!” at first sight! 🙂  As I got to know more about Troy and Robert – especially after finding out they were both into fashion – I knew I wanted to do more than “just your average engagement session”! 🙂

I have to say, as I have never really tried doing anything fashion related (Like I did all kinds of photography; band promos, horror & macabre, product, family, weddings, portraits, birth… I even shot architectural photos of freakin’ factories – but no fashion all those years – hah!) and because I know the whole “fashion sunset shoot” was cover for the actual event, “THE PROPOSAL” (I’m not a good liar either, like I’ll either blush, stumble when I speak, or even start speaking non-sense; which is one reason why I tried not to talk too much ahahah!) – I’m pretty sure Robert thought “This girl has no idea what the heck she’s doing. Seriously. She’s not even freakin’ posing us good?!” (I knowwww!!)

Time passed by with laughter and small talk – a little bit of shooting, we decided to change clothes and locations. We were in separate cars, which made it harder for me to locate where their car was parked – but the sun was setting and I had to find the “proposal location” quick. With my assistant, we literally had to start setting the lights on our way, while walking – looking for “cafe lights” at the same time. Finally we saw the lights, quickly set up, called Troy – confirmed he’ll come to see us (and their family and friends – who were hiding right behind the bushes down hill). Before I could even ask anything I saw Troy took off – he was back with Robert and Maria in 2-3 minutes. That was it. We didn’t even have a chance to talk “how we were going to start it” but oh well – we just played by ear:

Troy: Let us know when you’re ready with the lights Tara.

Robert’s face was priceless!! At first it took him a few seconds to realize what “actually” was going on hahah 😀 And then family and friends came out from where they were hiding as Troy announced, “HE SAID YES!” <3 “It didn’t take long after I met him to realize this was the person I wanted to spend the rest of my life with. I started gathering pieces of a puzzle that would one day be the first day to the rest of our lives together. Planning our proposal was very special and magical. Living in Arkansas I knew I wanted to propose in Dallas, Dallas has a special place in both of our hearts and where we plan to move in a couple years time. His best friend who lives in Dallas was my secret agent, she helped create the illusion that would lure him to Dallas for a “birthday weekend” we share everything, Robert and I, we have the same Music accounts, we have access to emails and search engines. So to hide any ideas of the proposal I had to become very sneaky. I created a second Amazon prime account just so he wouldn’t see my search history, I bought decorations tools, and lights as I started planning where I wanted to propose and how I wanted it to look. I had everything shipped directly to his friend in Dallas so that he would never know. A week before leaving for Dallas on our “mini birthday vacation” I told him that I had hired a modeling, fashion photographer for a high fashion photo shoot that we would be doing. He has a passion for the fashion industry so naturally he was excited! Little did he know I hired a photographer to capture not only our fashion shoots, but also the planned moment of our lives that would change everything. The day of the shoot/proposal we were staying at his best friends house in Dallas, he had left early in the morning for a hair cut, this was my chance, I woke up Maria, the best friend, and we rushed to the site of the proposal and decorated the scene with 75 feet of cafe lights…. In the pouring rain or a lighting heavy thunderstorm. We were drenched, we rushed back to the apartment after decorating trying to come up with an excuse to why we were soaking wet, luckily he believed our little white lies and the day went on exactly as planned, we started with casual wear and individual shots, group shots, and couple pictures. We traveled all over Dallas to express our fashion inspired creativity, the last stop of the day was a beautiful park in the heart of Dallas. I told him that the photographer requested our suits for these picture, we got dressed in our suits in the middle of a park (behind a tree) this made it all the more fun. We went for our couple pictures and after 4 or 5 I asked him to take a funny picture with me, I knelt down to one knee and he pretended to be shocked since it was a “funny picture” I pulled a ring box out of my sock and opened it, he looked at me, captivatingly looked at Tara as if he was wondering “is this real” when he looked back at me I smiled and asked if He would spend the rest of his life with me… He said yes!! I let out a loud “HE SAID YES!” that seemed to echo through the park, our family came running around the corner with a sign that said “he said yes” he was so shocked and taken back by it all he started to cry when he realized his family was all right there with us to experience the special moment in our lives. Seeing him so happy only made me realize even more how much I wanted to see that smile every day, and now. I get to relive the moment every time I look at our beautiful engagement photos.” “Robert joined the Air Force from Texas and was stationed in Little Rock Arkansas where I have been my whole life. We had a mutual friend who invited us both over to his house with many other friends. When he introduced himself to me he said his name was Alex, I believed him for half a second, he then stated that he likes to introduce himself as Alex because Robert Gian Geronimo Arruejo is too hard to remember. We haven’t spent 1 day apart since then.” When I find clients I get along so good, it’s hard for me to “just let them go” – which is why we decided to continue the session on Sunday, where I no longer had to shut my mouth in order not to spill any beans hahaha 🙂 Robert and Troy look so good together, they only made downtown Fort Worth look even better! And yeah, speaking of fashion – I literally tried something I have never before (at least not outdoors – studio is easy peasy since you have full control) and we twisted that engagement session into a fashion shoot – totally nailed it! B-) *We love food!! Fries are our weakness!

*We dance, randomly, anywhere. Just because we can.

*He likes to cook me amazing meals and I like to tell him they are awful, followed by “you don’t have to eat this yucky food, I’ll eat it all just so you don’t have to taste it” – he’s such a great cook.

*We don’t party, or get too crazy, on a Friday night you can catch us in bed by 10 watching reruns of Friends and trying to figure out which character each other is most like. (He’s Rachel)

*We love spending time together. I don’t wish for alone time or “me time” we time is so much better. He’s my everything and life would be miserable without him.

Well, until next time may the love be with you :*

0 comments
« How To Look & Feel Amazing On Your Engagement Session
Brittany & Kris’ Wedding at The Flour Mill, McKinney » 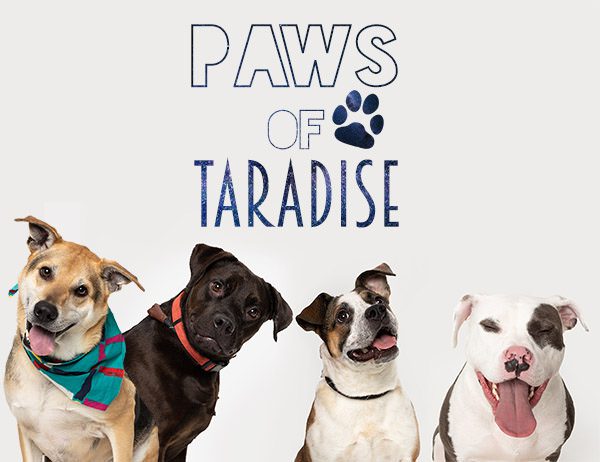